Roosevelt Strategic Council strives to provide the most up to date, mission relevant discussion topics for our Summits and Symposiums. In order to assure that we are providing the best subject content possible, our Advisory Board Members have volunteered to share their respective insight and expertise with us. Our Board Members are on a volunteer basis only and have no direct affiliation with RSC.

Michael Engelman retired in 2015 as a Vice President with Duke Energy Corporation.  Mr. Engelman also served for many years as the companies representative on the Electric Power Research Institute’s (EPRI’s) Research Advisory Board (RAC). 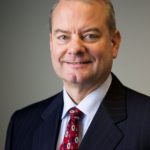 Michael Engelman retired in 2015 as a Vice President with Duke Energy Corporation.   He spent sixteen years as a consultant to the electric utility industry before joining Carolina Power and Light in 1994, which later merged to become Progress Energy in 2000, and Duke Energy in 2012.

During his time at the utility, Mr. Engelman held a variety of management and executive level positions in nuclear and fossil fuel power generation, and electric  distribution, including General Manager of coal, gas and hydro electric power facilities in North and South Carolina, Executive Director of Technical Services for non-nuclear Power Generation, which included all engineering, construction, training and environmental support,  and Vice President of Electric Distribution for the largest region in Florida.

Mr. Engelman also served for many years as the companies representative on the Electric Power Research Institute’s (EPRI’s) Research Advisory Board (RAC).  The RAC provided insights and recommendations to EPRI Senior Leadership on all aspects of electric generation and distribution including advanced generation technologies, resource planning and electric grid modernization.

1.Erik is the Executive of Smarter Grid Solutions North America (SGS) – a Mitsubishi Electric Power Products Inc (MEPPI) company.  Erik leads the commercial aspects of the SGS business bringing Distributed Energy Resource Management Systems (DERMS) capabilities to Utilities, Renewable Energy Developers, R&D agencies, and Renewable Energy Owner/Operators.  Erik has over 20 years of Utility Automation (managerial/technical) experience focused on control center applications such as EMS/DMS/GMS/MMS and has previously been with Alstom and GE.  He started his career in Distribution Engineering at two mid-western utilities and has an MBA from Bethel University of St. Paul, MN. 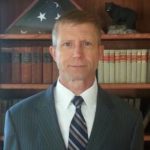 Colonel (ret) Paul Roege, USA, is the former Chief, Army Operational Energy Office, Pentagon, that he helped establish in 2011 and was assigned to the office until 2013. He organized and led a new Army headquarters organization to synchronize the emergent Operational Energy program, established to maximize operational capabilities and ensure global reach through energy. Defined a concept of "energy-informed operations" that integrates energy considerations throughout military systems, planning and operational control processes; built the concept into an Army-wide initiative endorsed by the Secretary. Guided development of a new "Scalable Energy Network" architecture that provides a new global model for flexible "internet-like" energy systems.
He also guided Army energy research and development thrusts toward more integrated, network foci, and advocated for the emergent (DoD) corporate shift toward resilience as an overarching concept for energy security. As a supporting concept, Paul has proposed a new global energy architecture that would make all energy more useful and fungible through “plug and play” network functionality, not unlike modern information networks.
Paul was also a Program Manager at DARPA where he focused on cutting edge research in energy and related fields. He developed a program plan to design, build and operate a small deployable nuclear reactor, including definition of a design review process that could be used to accelerate licensing of domestic small nuclear reactors. Paul also served as a Senior Program Manager at Idaho National Laboratory where he concentrated on developing energy portfolios that will improve the communities' abilities to withstand and recover from disruptive events; and find creative ways to resource the projects. In parallel, working to mature the "Scalable Energy Network" concept that will provide a new, layered global architecture for energy that roughly mimics the "Open System Architecture" we now use to manage information processes
He spent over 17 years in the Army Corps of Engineers with varying assignments to U.S Army components.
In total, Paul has over 34 years of international experience in both civilian and military capacities, including nuclear operations and safety, energy system engineering, and facility construction and operations. He is a registered professional engineer, a West Point graduate and alumnus of Boston University (MBA) and MIT (Nuclear Engineer).

You will be redirected to a Defense Strategies Institute Page