Roosevelt Strategic Council strives to provide the most up to date, mission relevant discussion topics for our Summits and Symposiums. In order to assure that we are providing the best subject content possible, our Advisory Board Members have volunteered to share their respective insight and expertise with us. Our Board Members are on a volunteer basis only and have no direct affiliation with RSC. 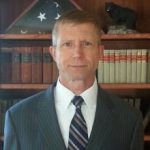 Colonel (retired) Paul Roege works with technology developers, communities, and national security leaders to build resilience with energy as a central focus. Paul leads strategic initiatives for Typhoon-HIL, Inc, a leading-edge power system modeling and simulation startup, and technology development for EthosGen, LLC, a heat harvesting innovator. He researches and publishes on energy and resilience topics, with more than 15 papers, articles and book chapters. Partnering with his wife, Colonel Roege is active in youth STEAM and leadership programs. He has nearly 40 years of experience as an engineer and leader in engineering, construction, and research, primarily in the energy field. As a US Army engineer officer, Colonel Roege built military infrastructure and led combat engineering capabilities in Europe, Asia, Africa and Central America.

He planned and coordinated reconstruction of Iraqi oil production systems in 2003; later, he developed energy requirements and strategies for military operations, and was an early advocate within the Department of Defense for resilience as a guiding principle for community and national security.

In his civilian career, Colonel Roege led engineering efforts associated with management and decommissioning of US nuclear weapons production facilities, and disposition of plutonium from US and former Soviet weapons programs. Paul is a registered professional engineer and a West Point alumnus with graduate degrees from Boston University (MBA) and the Massachusetts Institute of Technology (SM and Nuclear Engineer). 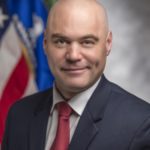 Bruce J. Walker was nominated by President Donald J. Trump and confirmed by the U.S. Senate as Assistant Secretary for the Office of Electricity (OE) at the U.S. Department of Energy (DOE) in October 2017. The focus of his responsibility is to provide leadership on a national level to modernize the electric grid, enhance the security and reliability of the energy infrastructure, and facilitate recovery from disruptions to the energy supply both domestically and internationally. This is critical to meeting the Nation’s growing demand for reliable electricity by overcoming the challenges of our Nation’s aging electricity transmission and distribution system and addressing the vulnerabilities in our energy supply chain.

He holds a Bachelor of Electrical Engineering from Manhattan College and a Juris Doctor in Law from Pace University where he was the technical editor on the Environmental Law Review and received an Environmental Law Certificate.

He has completed the Distribution Systems program from Siemens – Power Technologies International.  He is a distinguished graduate of the United States Air Force Academy Preparatory School and received an Honorable Discharge from the United States Military Academy 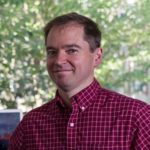 Dr. Nicholas Judson is a member of the technical staff at MIT Lincoln Laboratory. He is a technical advisor for the ESTCP program within the Department of Defense helping guide research and development projects to increase domestic energy resilience and energy security using the deployment of microgrids, energy storage, and the integration of renewable energy sources.

He is also involved in the analysis of current and future power generation options for critical military missions to determine the best business case that increases energy resilience at the lowest lifecycle cost.

He has also worked with the Department of Homeland Security and the City of Boston on methods to analyze and develop regional resilience using distributed generation and microgrids in a multi-user environment.

He received his Ph.D. in Microbiology and Molecular Genetics from Harvard University and his A.B. in Biochemistry from Columbia University. 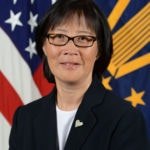 Ms. Lisa A. Jung, a member of the Senior Executive Service, is the Deputy Assistant Secretary of Defense for Installation Energy (IE) within the Office of the Assistant Secretary of Defense for Energy, Installations and Environment (OASD(EI&E)). She is responsible for policy and oversight of the Department’s installation/facility energy programs with a primary focus on improving energy performance of DoD installations to reduce costs, improve energy security and achieve mandated Administration and Department goals.

Ms. Jung has served in numerous positions at the Office of the Secretary of Defense (OSD) and the Department of the Navy. She began her career as an engineering trainee at the Philadelphia Naval Shipyard before joining the Naval Ship Systems Engineering Station (NAVSSES) in Philadelphia, Pennsylvania as a mechanical engineer upon graduating from college. At NAVSSES she worked as a ship systems engineer, troubleshooting and devising technical solutions for gas turbine engines.

After completing an Office of Personnel Management executive development program in March 1994, Ms. Jung was selected for a position in OSD as the Special Assistant to the Director for the Defense Performance Review (DPR). The DPR was charged with formulating recommendations to improve DoD operations as part of Vice President Gore’s reinventing government initiative. Upon completion of the DPR in September 1995, Ms. Jung took a Program Manager position in the Installations Requirements and Management Directorate within the ODUSD(Industrial Affairs and Installations).

In August 1996, Ms. Jung was recruited for a special assignment as the Executive Officer for the White House Commission on Aviation Safety and Security. Chaired by Vice President Al Gore, the Commission was chartered to conduct an intensive inquiry into civil aviation safety, security and air traffic control modernization.

Ms. Jung was selected to be the Deputy Director, Competitive Sourcing and Privatization within the ODUSD(Installations) in December 1998, where she was responsible for policy and oversight of the Department’s housing privatization and competitive sourcing programs. After her husband, an active duty Air Force officer was reassigned to the Philadelphia area in August 1999, Ms. Jung took the position of Deputy Director, Technology Outreach at the Carderock Division, Naval Surface Warfare Center, Philadelphia Site where she was responsible for developing strategic alliances and partnerships with industry, other government and academia. Upon her husband’s retirement from active duty, Ms. Jung and her family moved back to the DC area in January 2004 where she returned to OSD and served as Deputy Director, Housing and Competitive Sourcing within ODUSD(I&E). She assumed the duties of Deputy Director, Facilities Energy and Privatization in January 2010. Ms. Jung was selected for her current position in August 2014. 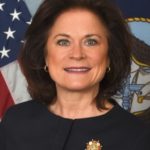 On Feb. 20, 2018, Mrs. Phyllis L. Bayer was appointed Assistant Secretary of the Navy (Energy, Installations and Environment) (ASN (EI&E), following her confirmation by the Senate.  Her responsibilities include oversight and policy for Navy and Marine Corps facilities sustainment and restoration and modernization; military construction; utilization and disposal of real property; environmental protection, planning and restoration ashore and afloat; conservation of natural resources; the timely completion of base realignment and closures; and safety and occupational health.

Mrs. Bayer most recently served in the Office of the Under Secretary of Defense for Personnel and Readiness as Chief of Staff.  As Chief of Staff, she managed policy development that shaped and affected the readiness of over 2.4 million members of the U.S. Armed Forces.  Mrs. Bayer previously served as Program Manager in the Office of the Deputy Chief Management Officer, Executive Director of the Defense Business Board and Senior Policy Analyst for OSD Test and Evaluation. Mrs. Bayer is a recipient of the OSD Meritorious Civilian Service Medal, the White House Office of Science and Technology Policy Recognition Medallion, OSD Exceptional Civilian Service Award, OSD Award for Excellence, Department of the Army Superior Civilian Service Award and the Army Achievement Medal. 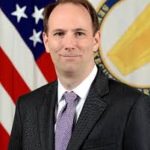 He is the primary advisor to the Secretary of the Army and Chief of Staff of the Army on all Army matters related to Installation policy, oversight and coordination of energy security and management. He is also responsible for policy and oversight of sustainability and environmental initiatives; resource management including design, military construction, operations and maintenance; Base Realignment And Closure (BRAC); privatization of Army family housing, lodging, real estate, utilities; and the Army’s installations Safety and Occupational Health (SOH) programs.

Prior to his appointment, Mr. Gillis was a Director in the Energy Practice at ScottMadden, a general management consulting firm. His consulting experience focused on work for electric utility clients across North America in areas such as mergers and acquisition integration, business plan development, operational assessments, organization design and staffing, and implementation of departmental and corporate strategy.

A native of Atlanta, Mr. Gillis served on the board of Georgia Public Broadcasting and, as an Eagle Scout, was an active scouting volunteer. 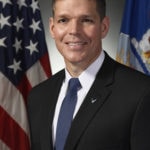 The Honorable John W. Henderson is the Assistant Secretary of the Air Force for Installations, Environment and Energy. He is responsible for the formulation, review and execution of plans, policies, programs and budgets to meet Air Force installations, energy, environment, safety and occupational health objectives. Mr. Henderson was commissioned in the U.S. Army Corps of Engineers in May 1994, upon graduation from the South Dakota School of Mines, and retired in the grade of colonel in 2017 after a 23-year career.

Mr. Henderson commanded an engineer battalion during operation Enduring Freedom and deployed with the 25th Infantry Division and U.S. Army Corps of Engineers during two tours supporting operation Iraqi Freedom. He held multiple command and staff positions throughout his career, to include five assignments with the U.S. Army Corps of Engineers, culminating as the Omaha District Commander.

Mr. Henderson is registered as a licensed professional engineer in the state of South Dakota. 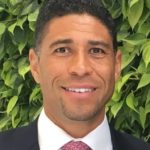 H.G. Chissell is the Founder and CEO of Advanced Energy Group (AEG), a multi-city leadership platform that facilitates cross-sector access, engagement and understanding among its members and select stakeholders.  AEG's mission is to accelerate the achievement of clean energy and resiliency goals of select cities and regions via facilitated stakeholder engagement.

In 2014, Mr. Chissell received the Federal Energy and Water Management Award for his work with Fort Meade and American Water. 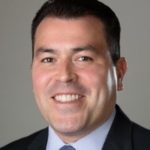 Frank Almaraz is accountable for the overall growth and operations of the energy trading and gas distribution lines of business. Previously, he has held the positions of Interim Group Executive Vice President, Treasurer & Shared Services Lead and Vice President of Energy Supply and Market Operations.

He has led the execution of several key initiatives including the acquisition of an 800MW natural gas combined cycle power plant, negotiation of a complex 25-year 400MW solar PPA and an agreement to deploy advanced metering infrastructure to the CPS Energy gas and electric systems. Frank is also on the Boards of Directors of the American Gas Association, the San Antonio Hispanic Chamber of Commerce and the DoSeum, San Antonio’s Museum for Kids.

He joined CPS Energy in 2011 as Senior Director of Energy Strategy and Planning after serving in various executive roles at Energy Future Holdings in Dallas.

Almaraz has a Bachelor of Science in Industrial Distribution from Texas A&M University and a Master of Business Administration from Southern Methodist University.